Up at 8 am this morning so I could finish packing and get sorted before checking out at 9:30. I then walked, with both suitcases, to the train station to get a train to the city centre. Unfortunately, due to engineering works I had to get off the train and get on another one after just one stop! I got to the town hall a bit later than expected and walked passed the St Andrews Cathedral, the town hall and the Queen Victoria Building – all old and very beautiful buildings. I made my way down York Street to Morris & Sons and arrived a little late for a knitting clinic. It didn’t seem to matter as other people arrived after I did. I didn’t need any help with my knitting but it was nice to spend time with knitter and to realise that they were having similar problems to one I have had in the past. The woman running the clinic was very good at helping people and had a lot of experience to pass on. She also knitted for commission for various tv programs and currently knitting vintage baby clothes on a short deadline. We had discussions on the best way to sew up garments, how to use circular needles a show big our stashes were!
I did have a good look around the store but didn’t really find anything that I fancied apart from some French ribbon yarn which would have looked really good in my throw. I resisted as it wasn’t Australian! 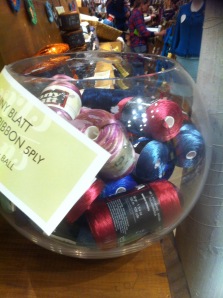 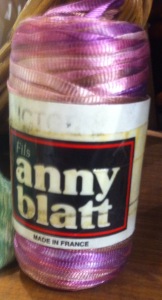 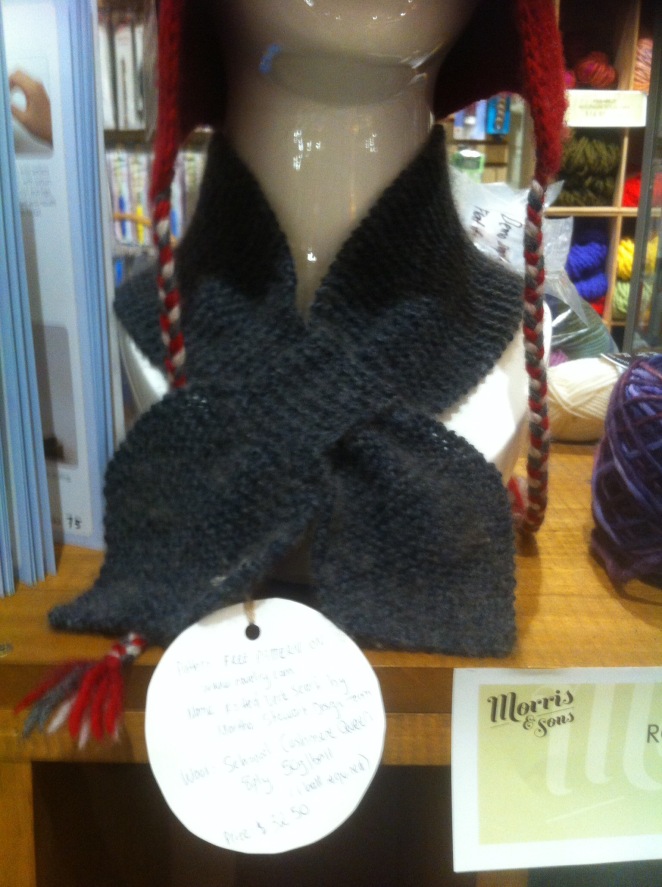 I left just after 12 as it had taken me longer to get there than expected so I thought I had better give myself longer to get to the airport. I still had to go back the same way and it was a good job I left early as I had to wait for 10 minutes for the airport train. For the last few days on my Opal card (bit like an Oyster) I have been getting my journeys for free. I can only presume that I had made enough journeys to be charged for a weekly pass. I also assumed that this would take me to the airport too. However, even though most of my journeys into the city have been less than $3 and the airport was only an additional two stops, more than $13 was deducted. So visitors to Sydney are stung on their way into Sydney and on their way out. I wasn’t impressed as it cost me less to go to the Blue Mountains return! And I have told you my opinion of taxi drivers!

Anyway, I got to the airport in good time and checked in. The food I brought for my lunch was allowed through security so I found myself a table and settled down to oatcakes and Brie, carrot batons and hummus and water. I then made use of the facilities and made my way to the gate. As there was a café just by the gate I had a cup of tea and a chocolate chip cookie and found a seat to wait for boarding.
The plane boarded late and took off later – with two very loud, screaming children who took a long time to settle down. It made me remember what a good child Castell was when we flew anywhere and that made me miss him!  I spent the whole flight typing up yesterday and today’s blog so it would be ready as soon as I was reconnected to the Internet.

The airport transfers company were waiting for me when I got there and we went off straight away so I got back to Byron just after 6:30 and Elsie answered the door! She was so pleased to see me that she had to come with me to the toilet! Alice had baked me a potato and so I ate that with Elsie waiting patiently. Then I got completely Elsied! We had lots of cuddles, I read her stories, we watched Peppa Pig and I had to put her to bed too! Alice went off to bed just after Elsie as she is up in the night with Ash.
I then sorted out one of my cases before going to bed myself.
Quote of the day