This morning before breakfast and showering I looked after them both while Alice went for a run! They were very well behaved and didn’t move much so neither did I! 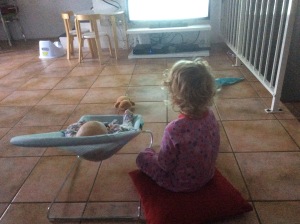 Breakfast was hard boiled eggs and toast as I was really feeling much better today. I managed to sew Jon’s coat and wrap Elsie’s present and then looked after Ash while Elsie and Alice went out.

I finished the last of the packing of my big suitcase and weighed it – 34 kg whoops! Took out some things I could do with out and moved some stuff to my hand luggage. My large suitcase was 30kg – hooray! I had a shower at about 2pm and finally packed my small case – 12kg and my handbag which I didn’t weigh! I was all ready by 2:45 so I could spend time with Alice, Elsie and Ash. I spent the hour chatting with Alice and Elsie. I would have given Ash another cuddle but I really didn’t want to smell of sick during the flight. I am going to miss these people!

The bus to Brisbane airport was early so I said a quick goodbye to everyone and gave them all a big hug and kiss. I was the first to get on the bus and then it took another 45 mins to pick everyone up in Byron! It was quite a hairy ride to the airport as it was tipping it down the whole way, the windscreen fogged up and the driver kept free wheeling downhill! I distracted myself by reading and was very pleased to get to the airport in one piece!

We arrived at just gone 7 and I had to wait for about an hour for checking so I did some blogging. I am now weeks rather than days behind!

I was the first in the premium economy queue and I was targeted by the check-in manager! He made the check-in lady weigh everything! It was over! So I asked her what she wanted me to do about it and if I needed to pay. She said I could put 3kg more in my big suitcase and as I couldn’t do it quickly I stepped out of the way. I opened up both suitcases and moved stuff about carefully so as not to flash my underwear! (Or my dirty washing!). This took quite a while as I had to find the right key for each of the locks. The manager also came and asked me how long I would be as he would have to ask me to move if it was much longer. In the end I went back to another lady who weighed my big suitcase at 32.8kg and my small case at 9kg and didn’t weigh my hand bag. Everything went through without me paying any money. I think I was just made an example of! The only pain was that, as I was going to be in Hong Kong for more than 24 hours they could not send my large bag straight through to London.

Once I was through security I was able to shuffle stuff around and put stuff from my handbag into my small suitcase and after all that I was rather hot and bothered!

Supper of a salmon frittata with a glass of pink stuff calmed me down and I managed to do some blogging. Onto the flight and off by 11:30.

I was sat next to a couple of Australian men, one of whom was from Bolton (45 year ago!), who were happy to chat but were trying to convince me to vote leave in the up coming referendum! The airline served drinks – a couple of sparkling wine and I was ready to try and sleep but they insisted on serving food until about 2am. I put my ear plugs in and my eye mask on and tried to ignore it and sleep for the rest of the night. 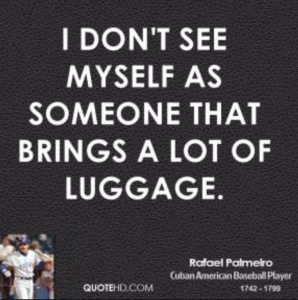 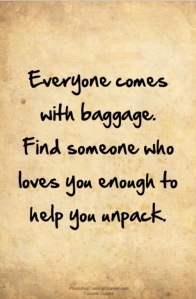