An early awakening followed by a lazy getting ready for the day. A bit of knitting and breakfast.

Cheron and I went out for a look around the city centre and we went to the pop up Arts and Crafts market,


cheese shop bought a slither of blue cheese, popped into the Art Gallery to look at a Pip and Pop sugar installation 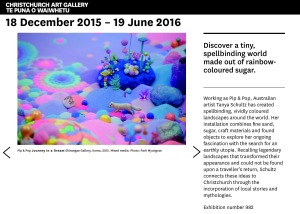 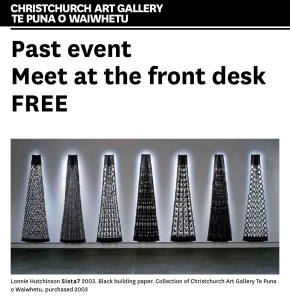 and then we walked down to the cathedral past the town hall. 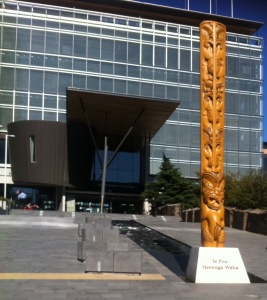 The earthquake damage to the cathedral was quite extensive. 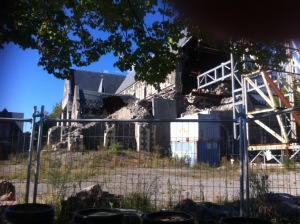 Then we went to the pop up mall through Ballantine’s department store – spraying perfume! Had lunch in a cafe. I had a filo pastry filled with roasted vegetables followed by a ginger slice all washed down with a cup of tea. Cheron had creamy chicken pie and coffee. 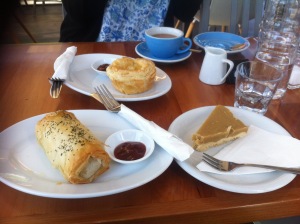 Finally we went to see the cardboard cathedral that has been built as a temporary measure while they decided a way forward with the original cathedral. 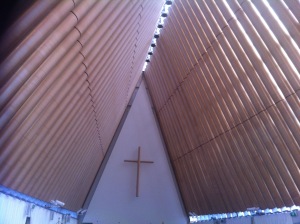 We collected Castell at 2:15 and we were dropped at the mall for the cinema. We shopped for popcorn and sweets before we went in the cinema to watch Hunt for the Wilder People, a NZ comedy film. It was quite funny apart from the New Zealand references.

On our way out I popped to the facilities and was greeted by this on the back of the toilet door!  Always something interesting in New Zealand! 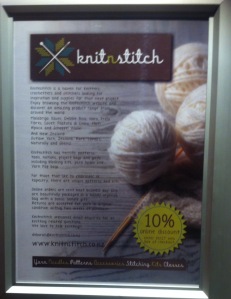 When we got out we had about 15 minutes so I bought Castell two hoodies and two games for us to play at Christmas – Bananas ram and Skip-Bo. Cheron collected us and we collected pizza from Spagalimus on the way home.
With the pizza Chris and I shared a bottle of red wine, Castell and Cheron had some cider.

The pizza was followed by millionaires shortbread made by Cherry, both were very good!

Castell, Cheron and I played both games with the boys before they went to bed. Cheron played Tic Attack Toe with Castell and then took him back to the hostel.

I watched another episode of The Bletchley Girls and competed my fifth strip!!!!

Travel – the only thing you can buy that makes you richer!