Another quiet day.  After catching up with my blog and doing various chores – more washing and trying to get packed for Melbourne I had lunch.  Elsie was home as she had had a bad night with her cough and she was asleep until I had just finished my lunch.  I was then on Auntie duty as Jon was at work and Alice had a load to do.  She was fractious and wanting Mummy but after watching some Pepper Pig, a yoghurt, more Pepper Pig, eating an ice pole, more Pepper Pig and hugging a wrapped ice block she fell asleep.  When she woke up she wanted a cuddle and promptly fell asleep again.  I was planning to do some knitting whilst watching her sleep but I was unable to 1) have you ever tried to knit with a small child on your lap? And 2) at some point during proceeding I leant on my knitting back and heard a crack! 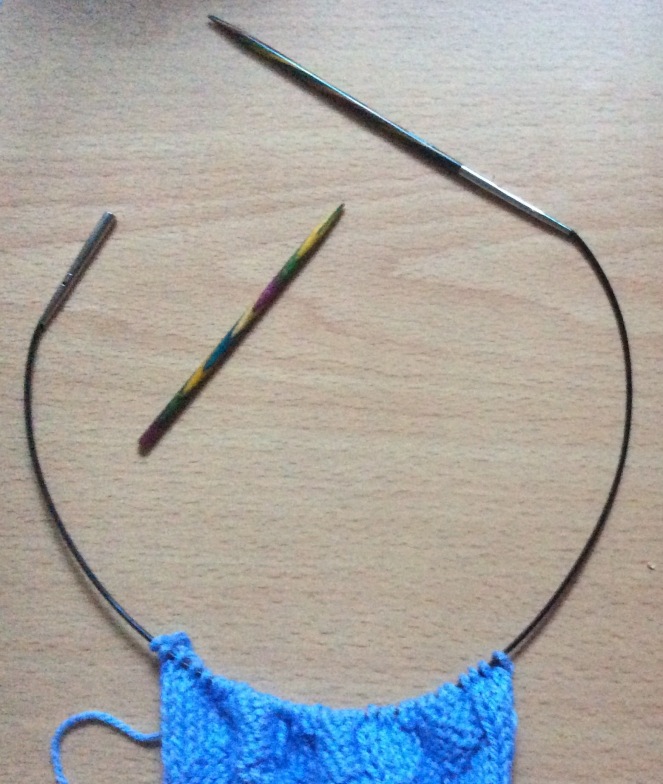 Yes, I had broken my needle! 😩. (Many apologies to Auntie Lizzy as these were her needles and expensive ones at that!). Fortunately, I am going to Melbourne in a few days and I don’t know if I have mentioned this before (😉) but I have a lot of wool shops to visit!  So I should be able to replace them to complete the throw and return them to Auntie Lizzy when I get home!

Being a resource person I applied the sellotape fixing technique and have managed to repair them enough to continue knitting.  It is a little Wobblies to knit but the end result is the same. 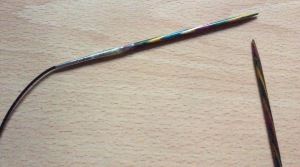 I spent the evening watching the film “Stranger than Fiction” which had Dustin Hoffman, Queen Latifa and Emma Thompson in it.  It was a very good film, easy to watch and I enjoyed it.  Whilst watching I finished knitting another square and am 15 rows (of 50) into the last square.  I will work hard to finish it tomorrow.