Jon decided to take today off so he was able to be with Alice while I went to Bangalow again!  I parked in the same place and walked up the same hill and went into the same shop but then I met different women!  They were finishing off pieces, starting reversible beach hats and helping each other out.  I can’t remember anyone’s name!  Shame on me!  But, I sat next to a lovely lady who showed me how to add a crochet top to a tea towel which should give it a hook to hang it on.  I may have to do one myself when I get home!  I finished off a couple of chicks and helped Katie to finish off her rabbit.  It was lovely to be able to chat away and ask for help on where to position arms etc.  We did get on to politics but I hope I managed to not blame anyone but at the same time point out the disparity between the rich and the poor of the world in which we live.

Lunch was a similar story but the cafe was very busy so it took them 20 mins to make the egg roll and I didn’t have chips!  I did pop across the road to browse in a shop while I was waiting and found a Frozen tiara for Elsie but I will get that out when I have to entertain her!  On the way back in I noticed the sewn rabbits in the window, they were very cute and decided that Elsie and the new baby needed one each so I bought two. I will show you them later when I give them to her and the new baby.   We chatted some more about where they get all the materials from and they have a huge amount donated by businesses.  The money they raise goes to various charity’s – a children’s hospital in Manly, a helicopter rescue service, fire service and probably a few more I can’t remember!  They kicked me out at 2pm just as the rabbit was going in the window!

After I had left I went to the local bakery where I picked up a packet of hot cross buns. I met the lady who was showing me how to do tea towel tops and she was very friendly and day she hoped to see me again! I promised to come back before going home to England! This was followed by a quick visit to the local supermarket for Easter eggs and digestive biscuits because that’s what I was missing.  Once I had my provisions I popped back across the road so that I could take some photos of the shop. 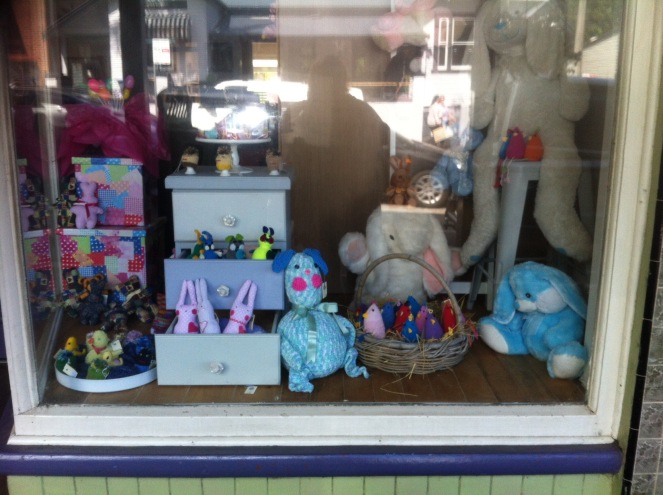 The rabbit I helped with is in the midldle of the window! 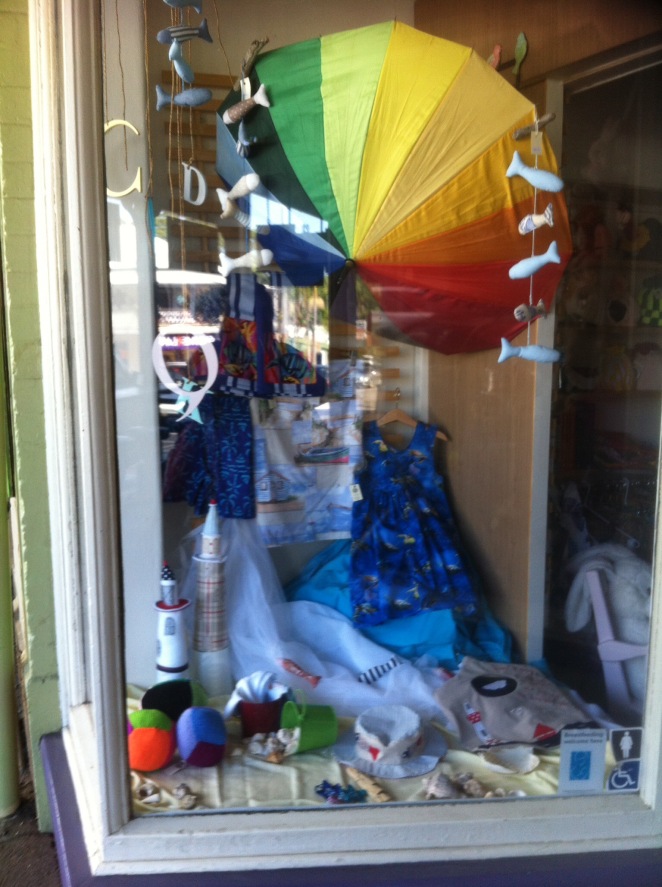 Some of the ladies were redoing this window this morning – they have done a great job! And you can see all the different things that they make.

Another really enjoyable day – it is nice to spend time with people who enjoy doing the same things that I do.

That afternoon Elsie came down to my room and we did some more stickers and watched a bit more of the iPad.  It wasn’t long before supper was ready – salmon, yummy!  I played some more on the mat with Elsie in her make believe world.

The evening was spent talking to Castell about things he needed to do to get ready to come to Australia.  He is quite difficult to keep on track as he goes off on tangents and doesn’t like to write a list!  It is a big step for him to do long haul on his own and I guess as long as he remembers his passport, tickets and medical stuff he will survive and get here.😎

In between conversations I managed a bit of knitting!  I even managed to get the TV programmes to work too!!!!

Quote for today: although I must say I am happiest when I have a purpose! 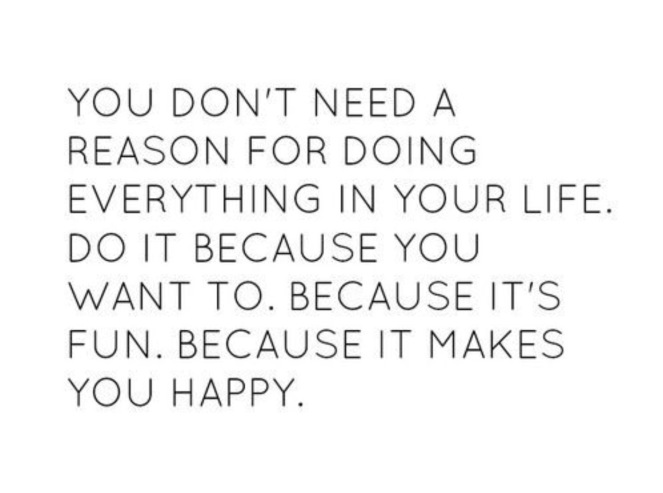